The spa city of Bath has seen property asking prices rise more than in any other city in Britain, new research has revealed.

The Somerset city is known for its Georgian architecture, Roman baths and Britain’s only natural thermal spa.

It has seen asking prices increase 15 per cent during the past 12 months, according to Rightmove.

It is followed by Truro, in Cornwall, where asking prices have risen 14.8 per cent, and Southend-on-Sea, which was granted city status earlier this year and is ranked third with a rise of 13.4 per cent in annual asking prices. 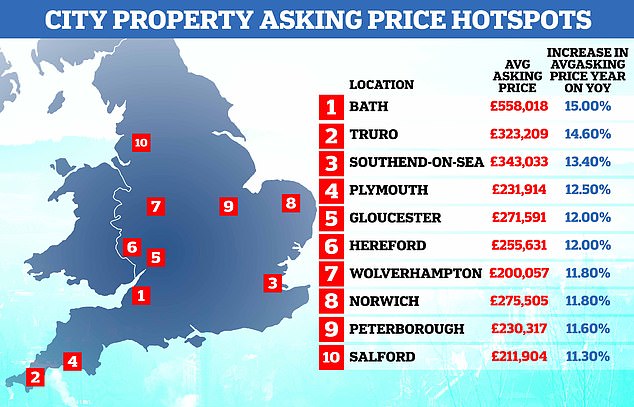 The top five city asking price hotpots are in some of the past year’s most popular coastal and countryside settings.

Rightmove said this highlighted the balance many buyers are looking to find between being near to work and city amenities, and having more space.

Across the top 10 city hotspots, the average increase in asking prices is 12.6 per cent, outpacing the current national average of 9.9 per cent.

Much of the rise in asking values ​​can be attributed to a mismatch of supply and demand, where the number of buyers inquiring to move to many areas has outweighed the homes available.

In the South West, where the price hotspots of Bath, Truro, Plymouth, and Gloucester are located, the number of properties available has dropped by 39 per cent compared to last year. 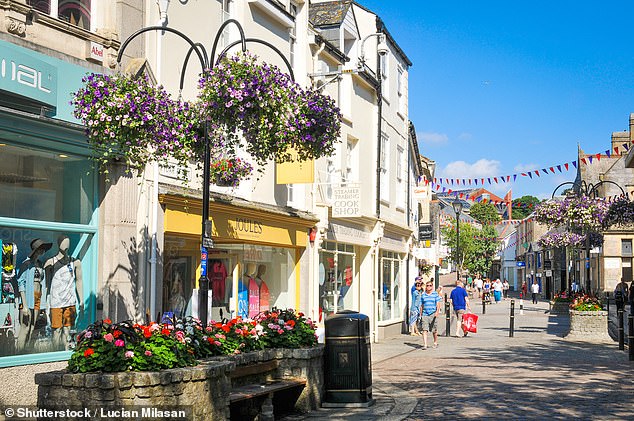 Truro, in Cornwall, (pictured) has seen property asking prices increase 14.8 per cent during the past year

Due to the imbalance between supply and demand, there is high competition between buyers for the homes available.

Glasgow is the most competitive city to buy a home – measured by the number of people inquiring about each available property – followed by Stirling and Sheffield.

Exeter is the city competition hotspot, with competition more than doubling during the last year – up 110 per cent – the biggest increase of any city.

Lancaster is the second competition hotspot, up 100 per cent, and Worcester is third, up 99 per cent. 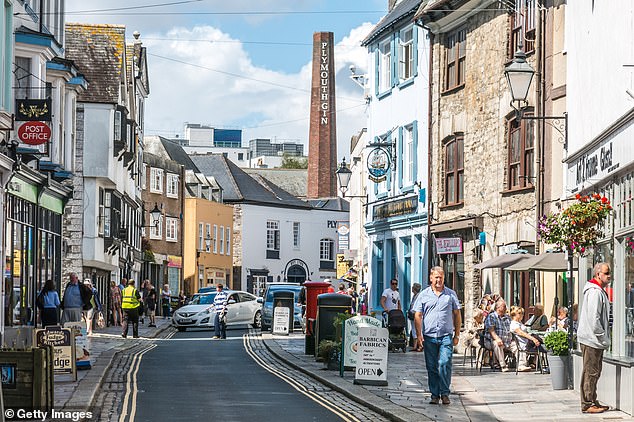 Plymouth, in Devon, (pictured) has seen asking prices rise 12.5 per cent during the past 12 months 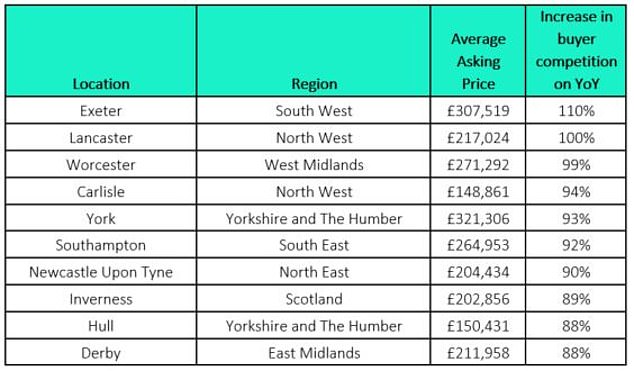 ‘In the first stages of the pandemic, we saw the popularity of some major cities like London temporarily drop as more people looked for more space.

However, for other cities like Bath or Plymouth, which perhaps have easier access to the coast and countryside, we saw demand really soar when the market reopened in 2020.

‘Initially, the supply of homes available kept up with some of this surge in demand, steadying asking prices.

‘Now, we’re still seeing really high buyer demand for cities like Bath, Plymouth and Truro, but the number of new homes coming onto the market hasn’t been able to keep up with the buyers inquiring, which has led to asking prices accelerating over the last year.’ 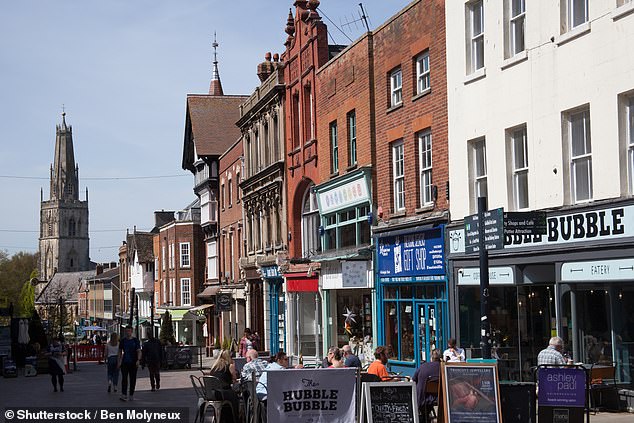 Gloucester, in Gloucestershire, (pictured) has seen property asking prices increase 12 per cent during the past year

Richard Tuck, of Michael Tuck estate agents in Gloucester, said: ‘A shortage of stock is leading to price increases.’

And John O’Malley, of Pacitti Jones estate agents in Glasgow, said: ‘The Glasgow property market is still very much in favor of the seller – and while it is great for those selling, it can be a turbulent experience for buyers.

‘As we are seeing properties being snapped up in a week, understandably sellers are hesitant to bring their own property to the market until they have agreed the purchase of their next home.

‘This is making it difficult to bring liquidity to the market and means that buyers are then missing out due to the numbers competing for the same property.

‘As we are seeing 50-plus viewers and offers being made within days for every property coming on the market, those without anything to sell are still able to move more quickly and therefore remain in favour.

‘This lack of supply then results in more demand for available properties and inevitably means property prices in Glasgow remain high.’

No comments to show.